Notice: Trying to access array offset on value of type bool in /home/shufflernews/public_html/wp-content/plugins/divi-machine/includes/loader.php on line 11 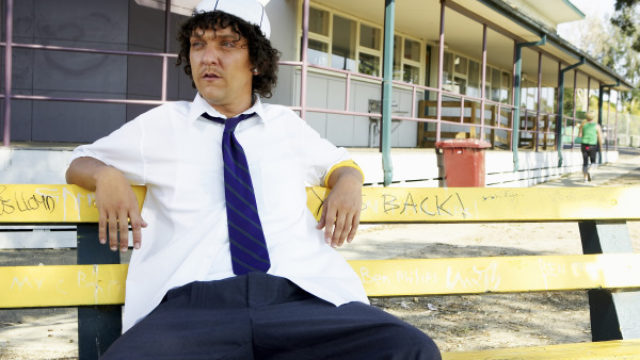 And while streaming services are happy to allow certain film and television favourites to flirt with the line, content that crosses it may now be met with a firmer hand.

On Thursday, Netflix permanently pulled four Chris Lilley comedies from its Australian and New Zealand sites due to his controversial and offensive characters, the latest in a flurry of shows to disappear from streaming platforms worldwide.

We Can Be Heroes, Summer Heights High, Angry Boys and Jonah From Tonga have all been removed from the site.

Lilley has been heavily criticised for playing people of colour, including donning blackface to play rapper S. Mouse in Angry Boys, and Polynesian student Jonah Takalua in Summer Heights High and Jonah From Tonga.

instead of giving more attention to chris lilley, here’s a bunch of powerful, educational and must-see Indigenous movies and TV shows that will help you better understand Australia’s history | @BuzzFeedOz https://t.co/BqIZxosv6m

Lilley’s controversial characters have a long history in Australian screens, with the 45-year-old winning a Logie in 2005 following the release of We Can Be Heroes, in which he played an Asian student, among other characters.

According to film reviewer and University of Melbourne film and screen lecturer Felicity Ford, content creators and streaming services should be held accountable for the content they choose to share.

“It’s important that [Lilley] is called out on it, and not in a way to censor the work, but more so to have some sort of say in what images are being put out there and what representations are put out there,” Ms Ford said.

“I think there is a responsibility with what streaming services are deciding to show.

“The really successful streaming services are ones that curate their work and have a really clear sense of what they’re contributing to it, because even if they’re not the creators of the work, they’re giving it a platform.”

In 2017, Lilley came under fire for releasing a song under his character S. Mouse titled Squashed N—a.

The music video portrayed an Indigenous boy being run over and killed, and was thought to be inspired by the 2016 death of Elijah Doughty, who was killed in similar circumstances.

His most recent series, Lunatics – in which he dons blackface to play South African pet psychic Jana Melhoopen-Jonks – is still available on Netflix.

Ms Ford said that while some might be quick to attribute the move to a trend of censorship and political correctness, they are likely missing the point.

“A lot of criticism towards [political correctness] really misses the point because what’s usually being called out is hate speech,” Ms Ford said.

With other shows like Little Britain, The Mighty Boosh and The League of Gentlemen also getting the boot, many are wondering what programs might be next.

Frankly, my dear, they should give a damn …

As Black Lives Matter protests continue, many large corporations – including streaming services – are reflecting on their contribution to the subjugation of people of colour.

Gone with the Wind, which has long been hailed as one of Hollywood’s cinematic masterpieces, has also been pulled from streaming site HBO Max due to its poor portrayal of slavery.

“There was definitely a lack of awareness when Gone with the Wind came out, but with Chris Lilley’s work … he’s created those in the last five or 10 years, so he’s aware of those discussions and he’s aware of those negative representations and the effect they would have for spectators,” Ms Ford said.

Along with Gone with the Wind, other well-known films like Breakfast at Tiffany’s , which featured Mickey Rooney as a stereotypical Asian man Mr Yunioshi, or Mike Myer’s character in The Love Guru might be up next on the chopping block.

But Ms Ford said we could instead take this moment as an opportunity to progress as a society.

“I think rather than picking out what might next go, I’m probably more interested in what is going to take its place,” she said.

“And maybe it opens up this opportunity for a bit more diversity of disability, of sexuality and having people of colour and diversity – maybe we will start to see a shift in that way.”

The post ‘It’s never just a joke’: Why cutting racist content isn’t a fad appeared first on The New Daily.

Join us in March for our many inspirational, educational, and Team DPF events. You’ll hear from experts and people with …

Biogen and Sangamo Therapeutics have begun a collaboration to develop and commercialize gene therapies for Parkinson’s and Alzheimer’s diseases, as well as an undisclosed neuromuscular disease. The five-year