Get Organised: New Netflix show takes tidying to the extreme 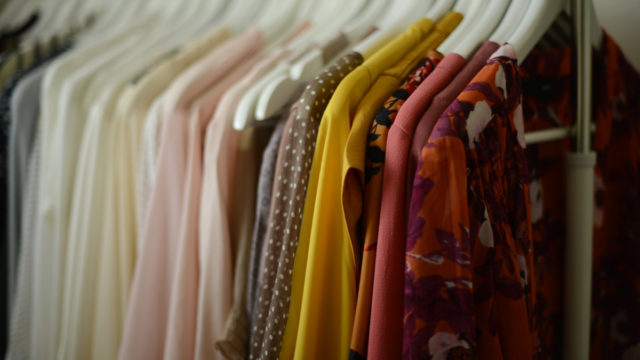 Neat freaks – rejoice, for there has never been a better time to be stuck within the confines of your home.

Basically, if colour-co-ordinated wardrobes and rainbow bookshelves get your juices going, you’ve come to the right place.

We’ve done Tiger King, sourdough and a number of well meaning but useless social media challenges, so the series is right on time to be the next 2020 trend.

The series is based on hosts Clea Shearer and Joanna Teplin’s popular Instagram lovechild, The Home Edit, which has amassed more than three million followers and has spawned a book and merchandise line.

For a reasonable (read: totally overpriced) $250, the Home Edit gurus will come to your home, throw out most of your belongings and work their colour-coding magic so you too can look like you have your life together.

Organising the homes of the rich and famous, as well as everyday people, Joanna and Clea also give the rest of us tips to keep our places neat and tidy.

Like Kondo before them, the golden rule here is to bin as much as possible and work with what’s left.

A-listers like Reese Witherspoon, Khloe Kardashian and Eva Longoria make appearances, leading viewers to wonder how we are expected to live clutter-free lifestyles if someone like Witherspoon can’t manage it?

The oversized mansions and pantries the size of our bedrooms may seem unrelatable at first, but in an effort to impart some real wisdom on viewers, the hosts branch out of Hollywood.

If anyone needs me, I’ll be nervously rearranging my pantry and eating all the snacks until our NETFLIX SERIES IS RELEASED TO THE WORLD AT MIDNIGHT PST 😳😳😳 #thehomeedit #getorganized #organization

The second half of each episode caters to well-deserving everyday people, who can’t afford to dedicate a whole room to their shoe collection, and this is where you’re likely to find the most useful information.

And although there is something soothing and satisfying about watching extreme organisation and decluttering missions, there is one aspect of the series that has fans incensed.

To rainbow, or not to rainbow …

Viewers have taken to social media to express outrage about a favoured design hack the hosts promote to their lucky participants.

Although compulsive cleaners and those suffering a touch of OCD drool over the colour-coded pantry and wardrobe, it seems Joanna and Clea have crossed a line when it comes to colour-coded bookshelves.

And I thought *we* knew how to organize books in rainbow order!!! Turns out, @sweetbookobsession is the master!! Be right back…. need to redo my entire house 🌈📕📙📒📗📘 #getorganized #bookstagram

Critics are outraged the show praises organising books by colour over the age-old, librarian favourite, the Dewey decimal system.

The tip has been branded time-consuming, impractical and confusing.

People who colour code their bookshelves: doesn’t it bother you that you’re splitting up series and authors?

(As pretty the finished product looks…)

According to some fans, the rainbow technique is the mark of psychopathy.

People who organize their bookshelves by color definitely keep a human head in their freezer.

Others condemned rainbow organisers for their colourful but heinous crimes.

There is a special place in hell for people who organise their bookshelf by colour.

The post Get Organised: New Netflix show takes tidying to the extreme appeared first on The New Daily.